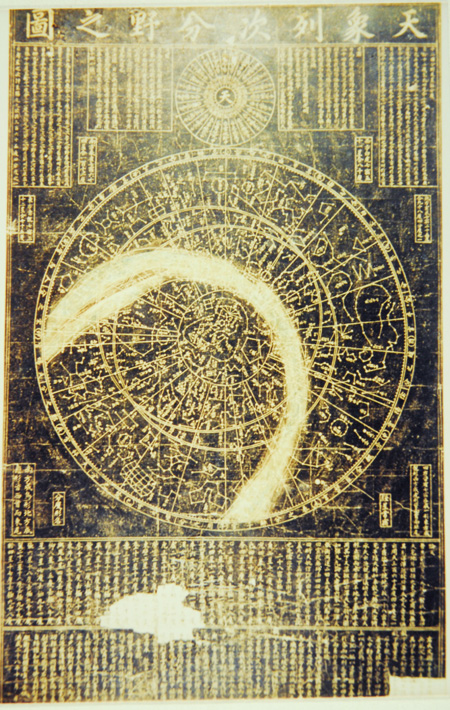 Koreans’ pride in their high-tech industries today might be rooted in innovative scientific inventions dating back to ancient times. From Cheomseongdae observatory, the oldest surviving observatory in East Asia and Honcheon Sigye, an astronomical clock created by Song I-yeong in 1669 to the world’s first metal movable type printing in 1234, the nation boasts of remarkable achievements in scientific history.

To introduce Korean scientific civilization to the world, the Cambridge University Press in the United Kingdom has decided to publish a 10-volume collection titled “Science and Civilization in Korea” written in English in collaboration with the Academy of Korean Studies (AKS).

Christopher Cullen, director of the Needham Research Institute in Cambridge UK, proposed the series to Cambridge University Press for publication. The institute has researches Asian science, technology and medical civilization. The center started publishing its landmark series “Science and Civilization in China” starting from 1954.

The series editors are Cullen, Yoon Hong-key, professor at the University of Auckland, New Zealand, and professor Morris Low, of Queensland University in Australia.

The AKS has been pushing for the project since 2010 with five billion won budget. The AKS’s research team has been led by Shin Dong-won, professor of KAIST.

Cullen said that the history of science in Korea is of unique interest and importance, because just like during the modern period, Korea has been a rare example of a formerly destitute developing country in which science and technology grew rapidly within a very short time, helping catapult the nation to advanced industrialized status and an established place in the world market for high-tech products.

“Pre-modern Korean science and technology reached high levels of sophistication in many areas. These developments took place within and as part of the wider context of the development of understanding and mastery of the natural world in East Asia. The experience of Korea is not only distinct and illuminating in itself, but helps throw into sharper relief the better-known case of China,” he said in the press conference on Thursday.

Cullen said that the books will be published not only because of the need for such literature but also a demonstration that Korean scholars have the capacity to publish the English versions with international quality.

“It is important for Korea in raising the consciousness worldwide. Foreigners in Europe and the United States have low understanding of Korea. If you ask them about Korea last year, they will give you two answers _ Psy’s ‘Gangnam Style’ and Kim (Jong-un) in the North. They really know nothing else,” he said.

On that score, he added that the publication will help create awareness of the nation’s scientific civilization to the Western world.

The AKS expects that the publication will serve as valuable research resources for the study of the history of East Asian scientific civilization which has mainly being focused on China and Japan.

Shin said that there is currently no textbook on the history of Korean science published in English. Therefore this publication’s goal is to address this need, especially among English-speaking students. Among others, the first volume will cover a general overview of the history of Korean science encompassing the pre-modern and modern eras. The second volume will deal with Korean way of life such as kimchi, hanok and hanbok through as a materialistic culture. The series will also shed light on Korean mathematics which has been rarely studied.

“For Korea’s accomplishments in science and technology in the short period of time in modern day, many scholars around the world are paying attention to Korea’s civilization,” Shin said.

Yoon said that foreigners have the erroneous view that Korea’s culture is a spinoff of Chinese and Japanese culture.

“As the Chinese series has contributed to raise China’s status in the world in scientific civilization, we hope the publication will show unique and creative aspects of Korean civilization to the world,” Yoon said.

There are no upcoming events.